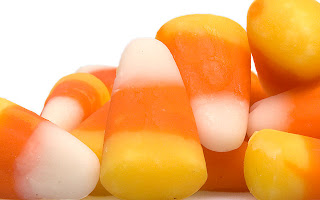 Single girls like Halloween and not just because all our favorite candy is available in miniature bite-sized versions of themselves.  (Portion control makes for easier calorie counting.)

With this carte blanche for public indecency, leave it to single girls to figure out a way to create all kinds of "sexy whatever" costumes.  We've seen the sexy pirate, sexy pilot, sexy angel, sexy bumblebee, sexy Marie Antoinette, sexy Harry Potter - hell, I've even seen a sexy Freddy Krueger outfit.  (Halloween actually originated as a Celtic holiday where it is believed that costumes and masks were worn to ward off evil spirits.  Hence, a Freddy Krueger Halloween costume is totally appropriate, although the effectiveness of "scaring" an evil spirit with a slutty Krueger outfit is questionable.  Unless the evil spirit were gay.)  In light of this year's current events, I wouldn't be surprised to run across a sexy Balloon Boy or sexy Max from Where the Wild Things Are.

Single girls have loved dressing up for Halloween ever since we were fairy princesses in kindergarten.  Even when we were five years old, before we even knew what role playing was (just grown-up speak for "using your imagination"), we knew how thrilling role playing could be.  (Go away, Pedo Bear, I didn't mean it like that.)

Single girls are no stranger to costumes or role playing.  (After all, isn't dating a giant metaphor for role playing?)  Some of us have a Wonder Woman costume and/or nurse outfit hanging in our closets (next to the trenchcoat, of course).  But on Halloween, we go ALL OUT.  Tricks or treats, anyone?
Posted by Single Girl 1.0 at 3:12 PM

Email ThisBlogThis!Share to TwitterShare to FacebookShare to Pinterest
Labels: holidays