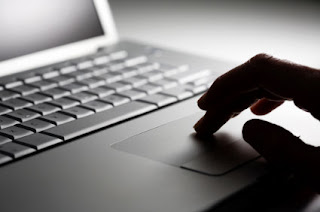 Single girls often have a bad reputation for being "crazy."  And to that, I argue: a) I have no idea what you are talking about or where this "crazy" idea even comes from! b) "crazy" is an extremely subjective term, don't you agree? and c) this remark is incredibly insulting to the "sanity challenged" and mentally unstable - and also to single girls.

To prove my point, I just googled "number of male serial killers versus female serial killers."  It confirmed what is already common knowledge: the serial killing industry is donimated by males.  Serial killers are psychopaths (a fancy medical term doctors use to describe "crazy" people) who suffer from dysfunctional personality disorders.  Hereforth, since more dudes are prone to become psychopaths, it is a misconception that girls are "crazy," especially single girls.  Dudes are pretty crazy, too.

Single girls like being right, and Google is a great resource to us in this regard.

So speaking of Google, you say, we think single girls are crazy for stalking dudes on Google once you learn his last name.

And to THIS, I have a story:

I went on a couple of dates with a magician about a year ago (no joke, this is a bonafide, honest to goodness true story, people).  I met him at a Halloween party and he introduced himself by his first name (as is common in our culture).  I soon learn of his profession (obviously, he was NOT dressed as a magician) and upon returning home, I googled "[magician's first name] magic."  The first two hits were a couple of MySpace videos, including his last name (jackpot!).  Now that I have discovered his last name, I googled his full name.  The first page of hits contained a number of news articles and criminal court cases of a convicted rapist and pedophile.  Fortunately for me, the magician was NOT said rapist/pedophile, but it is unfortunate for the magician that he shares a name with one.

Back to serial killers for a moment.  After he was caught murdering a number of women, did you know that Ted Bundy broke out of jail in Colorado, got on a flight to Chicago, took a bus to Ann Arbor to watch the Rose Bowl game on television (it was a good game for Ted: his alma mater won), then ended up at Florida State University where he killed and injured several sorority girls in their sleep??  If Google were around in the 1970s, girls would definitely never go on a date with THAT guy.

Aside from protecting us against serial killers and pedophiles, Google is a great way for us to measure a guy's success or notoriety (preferably the former).  We know that his accomplishments are in direct proportion to the number of Google hits he has.  As a result, this may actually help him.

An example: I went on a date with a writer a few years ago.  He was kinda dorky and awkward and at the end of the night, I just wasn't feelin' it.  (Plus it didn't help that I thought he were gay when I first met him.)  I then had the misfortune of googling him AFTER it was all said and done.  You see, if I had KNOWN that he was once president of The Harvard Lampoon (bonus points!), I probably would have given him a second chance.  A dating regret?  Maybe.

What exactly are our motives for Google stalking?  Why do we have this ridiculous curiosity to look him up and see how fast he ran the 400-meter hurdles in high school?  Or the origin of his surname?  Or what real estate properties his company has acquired?  Why are we snooping around for insight when we can easily learn about him on a date?

So much information about him is literally at our fingertips, Nancy Drew would have a field day.  Social networking sites also help A LOT.  Thanks to LinkedIn, we know where he works, have worked, and the names of his colleagues.  Does he like music and have an imeem account?  We know exactly what song he is listening to RIGHT NOW and what's coming up next on his playlist.  Is he an avid Yelper with dozens of reviews of his favorite eateries and watering holes?  Does he really want us knowing where he eats tacos every Tuesday after work?

Am I making you nervous?

If stalking comes from some form of pathological obsession or derangement, then maybe we are crazy.  I mean, I just googled a douchebag I once dated.  He now owns a really successful software company that designs iPhone applications.  AND IT DRIVES ME A LITTLE CRAZY THINKING HOW AN ARROGANT, MISOGYNISTIC EGOMANIAC LIKE HIM CAN BECOME A SELF-MADE MILLIONAIRE.  (Sorry about the outburst.  My therapist warned me not to indulge in masochistic activities such as googling ex-boyfriends.)

Don't even get me STARTED on Facebook stalking.  (I mean, who is this Amanda chick [yes, the one with the huge breasts!] who writes on his wall everyday??  I KNOW he doesn't have a "cousin" or "sister" named Amanda because I checked.  On Google.)
Posted by Single Girl 1.0 at 7:17 PM