#5 Ambiguously Using the Phrase "Hooked Up" 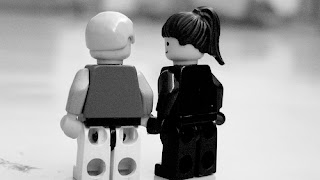 There is an age-old belief that real ladies don't kiss and tell. But everyone knows this is complete bullshit. All girls kiss and tell, single or not-single, ladies or wenches. "Kiss and tell" is an archaic idiom that originated in the 1960s - ironically, at the height of the "sexual revolution" when "free love" was rampant and women stopped wearing bras after reading Betty Friedan's Feminine Mystique.

Single girls like talking about our sexploits or complaining about our lack of sexploits. (In fact, these are two of the most popular topics for discussion amongst single girls. Well, right behind world politics and our country's gross domestic income, of course.) Most of the time, it is even our non-single counterparts who encourage us to divulge our capers and misadventures as single girls because they apparently lack the sexual melange that we have, and hope to live vicariously through us. (I say "apparently" because I find it extremely odd that having a boyfriend/spouse means you have sex even less frequently than some of us do.)
By definition, the phrase "hooking up" is ambiguous. According to The Hookup Handbook: A Single Girl's Guide to Living It Up, "hooking up" could mean anything from "making out to doing the nasty." And it is this sense of ambiguity that single girls love.
Friday night dates and Saturday night shenanigans are usually discussed over Sunday brunch. (Single girls like Sunday brunch, much like single guys like Sunday football.) Sunday is our day to confess our sins - who hooked up with whom and how.
"So what happened last night between you and Michael/Jon/Brian?"
"Nothing, we just hooked up."
"Nothing, we just hooked up" is a perfectly acceptable answer. You're probably thinking: But this could mean anything! How does she know if you kissed him, gave him a blow job, or had a threesome with him? How is "nothing, we just hooked up" not infuriatingly ambiguous?
Some moron once said that your own worst critic is yourself. Wrong. A single girl's worst critic is another single girl. Between our monthly bouts with PMS and occasionally dealing with our single girlfriends mentally judging us (passive aggression at its finest!), single girls have it rough.
Maybe nothing happened, but we don't want to come off as a prude and have our friends psychoanalyze our "intimacy issues" again. Maybe something did happen, but we don't want to look like a slut and have our friends psychoanalyze our "low self-esteem issues" again. Some single girls think they can dispense (unwanted) therapy on us since they have degrees in psychology. "Nothing, we just hooked up" is our way of avoiding that.
Or maybe it's just a coy 21st century version of "I don't kiss and tell."
Posted by Single Girl 1.0 at 5:42 PM