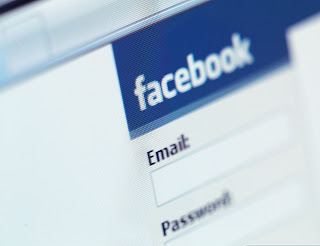 We can all agree on the merits of Facebook: it's a wonderful resource to reunite with old friends, see how much weight the cheerleaders from high school have gained, find out what loser the prom queen married, make snarky remarks about the outfit our frenemy wore to an event and keep in touch with our best friend who moved to Singapore.

If Facebook is another manifestation of social voyeurism, then consider it another avenue for stalking.  Unless our stalkee is a celebrity or other public figure, the results we retrieve from Google stalking can be frivolously nominal.  On the other hand, Facebook stalking offers a cache of information on our current crush.

However, one of the golden rules of being a single girl is: do NOT add the guy(s) you are dating as a friend on Facebook.  Why?  Because ignorance is bliss.

Even if we're not friends with someone on Facebook, sometimes we can't help but search for him/her.  Maybe he's a crush.  Or an ex.  Or an ex of a crush.  Or our ex's crush.  We're bored.  It's Tuesday night.  Do we open Pandora's box?

I once Facebook stalked an ex who happens to have three mutual friends with me.  I had limited access to his profile, but his relationship status told me he was currently engaged.  I was then engrossed with staring at a thumbnail-sized photo of his "fiancee" for at least 15 minutes.  I did a mental timeline of how long they could have known each other based on when I had broken up with his voicemail (true story), then threw myself a pity party.  I also considered freezing my ovaries.

Another time, I Facebook stalked a guy I was dating who claimed he had a very hectic work load.  He told me he was too busy to talk to me, but Facebook revealed that he wasn't too busy to turn on his computer, open his internet browser, log onto Facebook, find a picture, crop the picture and ultimately change his profile picture every week.

Why should Facebook be a tool single girls use to flagellate our own emotions and egos?

In a twisted way, Facebook stalking has become a form of self-preservation.  Single girls have had our hearts broken in some shape or form, this is why we're single.  We know guys can be dishonest, we know they can disappoint us.  Maybe knowing certain details about their lives via Facebook will shed some light on their behavior and possible indiscretions.

I dated a guy who had drinks with an ex-girlfriend.  Alone.  She clearly wanted to get back together with him still, and this was a motivating factor for him to keep me in the dark about their rendezvous.  I eventually found out and confronted him about it.  He told me defiantly: "Well, just because I didn't tell you, it doesn't mean I'm lying to you."

Does it?  (This was the same guy I broke up with over voicemail.)

It only takes one bad experience with one bad guy to give us a reason to open Pandora's box.
Posted by Single Girl 1.0 at 9:57 PM