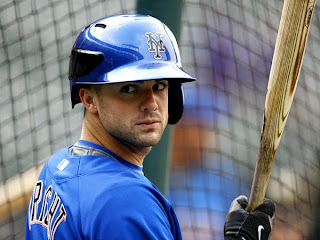 For some of you single girls who don't follow major league baseball, let alone sports, you may not have the faintest idea who David Wright is.  And up until a few days ago, you may have assumed he was just another pretty boy athlete who plays for that other team in New York.  You know, the one that's not the Yankees.  (Yes, New York has two baseball teams.)

So who is David Wright?

He plays third base for the New York Mets.  Since his major league debut in 2004, he has consistently been a solid hitter - his career batting average is 0.308.  (30% may not seem very good at all,  but in baseball, anything above a 0.300 is considered excellent.)  He led the National League in RBIs, ranked in the top 10 over the past several years.  Defensively as a third baseman, he has won the Rawlings Gold Glove Award in 2007 and 2008.  He has also been selected to play for the All-Star team every year since 2006.

Wright's accomplishments were curtailed in 2009 when he was struck in the head with a 90+ mph fastball.  (Ouch.  But don't worry, he's okay and nothing happened to his gorgeous head.)  Long story short, he is VERY good at what he does.  As if this Mr. Wright couldn't be any more right, he founded a charitable organization in 2005 to increase awareness for multiple sclerosis and raise funds for its research.  Oh, and he's only 27. 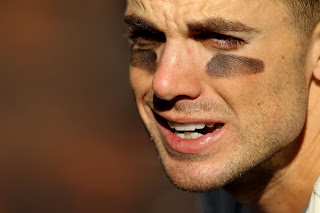 It is easy to see how Wright has been overlooked in the non-ESPN universe when players from that other New York team (the Yankees) have tabloid-worthy dating resumes like Derek Jeter's.  ("Girlfriends" include Mariah Carey, Vanessa Minnillo, Victoria's Secret model Adriana Lima, a Miss Universe, Jessica Alba and Jessica BIEL.  Jeter is now engaged to Minka Kelly.)  Lately, that other New York third baseman, Alex Rodriguez (aka A-Rod), was "dating" single-ish girl Madonna and then new-ish single girl Kate Hudson.

An exhaustive Google search for "David Wright girlfriend" reveals a possible girlfriend from 2008.  Certainly Wright's activities off the field have not been TMZ-worthy.

You may have heard about his endorsement deal with Vitamin Water and the $20 million he netted from its sale to Coca-Cola.  Okay, maybe not.


But you have seen his latest Vitamin Water commercial co-starring Mike "The Situation" from that MTV reality show Jersey Snore, right?  No?  Well, watch it right here.  Then watch it ten more times.
What about Jeter?  Alex Rod-who?  This commercial gives us enough reason to name David Wright our own MVP.  Maybe we can even convince him to let us past third base. 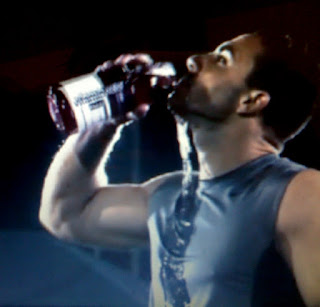