*a running commentary on elastic waistbands 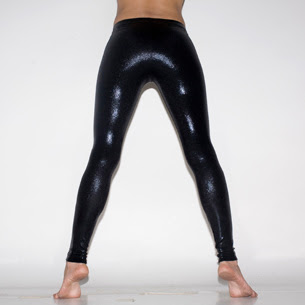 Aside from the remake of The Parent Trap in which a young and talented Lindsay Lohan brilliantly played the role of both Hallie Parker and Annie James, perhaps the only other contribution this tabloid sensation and celebrity trainwreck has made to (wo)mankind has been the resurgence of leggings.

We all agree how socially inacceptable it is to leave the house in your "fat pants" unless you are working on your fitness at the gym or coming home from a yoga/pilates class.  Even wearing sweatpants while walking the dog around certain most neighborhoods in Los Anjealous could be considered a fashion faux pas.

Certainly, the initial months of leggings' second coming in the 21st century was met with mixed feelings from single girls around the world.  Celebrities like Mary Kate and Ashley Olsen, Mischa Barton and Agyness Deyn could get away with wearing a t-shirt, leggings and $700 Louboutins.  But those of us in the general population have not seen nor touched a pair of leggings since the 1980s.  (Remember stirrups?)

Leggings: Are they really pants??  The fashion world was in a tizzy over this controversial query and leggings were met with some initial resistance.  We thought the trend would past.  That was five years ago.

Since then, leggings have become a staple in a single girl's wardrobe.  American Apparel sells them in a dozen colors and differents textures.  Yes, even gold lamé.  The latest craze is currently denim leggings or jeggings (jeans+leggings).  We have come to embrace this trend (maybe not the gold lamé) for good reason: leggings are really fat pants.  And we can wear them in public.

Leggings are the perfect merger of comfort and style; they are the consummate alternative to skinny jeans.  Suddenly, we can live our lives like we've never lived before.  Hallelujah!  A single girl's secret desire has been fulfilled.  Yes, eating.  A lot.  In public.  Food babies?  Who cares?

As are its merits:
- Opportunity: movie night at a boy's house.
Suggestion: leggings.  Best for curling up on the couch and cuddling.

- Opportunity: last-minute costume party.
Suggestion: leggings.  Specifically of the black latex variety.  There's a reason why Catwoman is one of the most sexy villainesses of all time.

We never thought we would say this, but thank you, Lindsay Lohan, from the bottom of our (food babies') hearts.
Posted by Single Girl 1.0 at 3:29 PM