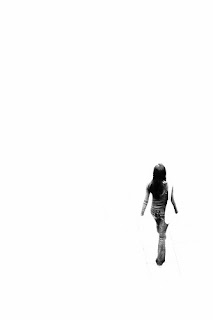 Maybe we've only been seeing someone for two weeks, or maybe it's already been two months with multiple sleepovers.  But there comes a day during a dating life cycle when we are more excited at the prospect of doing laundry than we are about an impending date.  What do we do when we realize that we're just not that into him?  Easy.  We initiate the phase out.

Let's say we're on our way home from work and we call the guy we're seeing. We tell him a funny anecdote that he doesn't laugh at.  Instead, he responds with "Can I call you back later?" He calls us back MUCH later - like, two days later. And by the tone in his voice we can tell that he's just not that into us.  Anymore. Gulp. Is he beginning a phase out?

How does the phase out operate?

Those once flirty text messages no longer occur.  In fact, the winky emoticons from him are now obnoxious.  What used to be cute well-thought answers have become terse or vague, one-word replies.  Sometimes you don't even bother to respond.  Phone calls are now infrequent.  You never schedule time for each other on the weekends anymore, and dates have been relegated to weeknights - usually Mondays or Tuesdays.  Yikes.  Eventually, you just stop seeing or hearing from each other all together.  At this point, the phase out is complete.

Truthfully, the phase out may not be the most efficient method to end things with someone.  It could be a long, drawn-out and anticlimactic process, much like the Battle of Alamo.  Regardless of who sets up the phase out or whether it is a mutual procedure, one thing is for certain: single girls sure as hell prefer this to, ugh, The Talk.

Let's face it, NOBODY likes The Talk - it's awkward and patronizing.  A complete lose-lose situation, The Talk only makes both parties feel completely shitty.  And since you haven't even made it close to boyfriend/girlfriend status yet, is it even necessary?

Single girls like to dodge The Talk at all costs because we're people-pleasers.  We hate confrontation.  It's why single girls have never been president and why we get paid less than boys.  Rather than be assholes and dump a guy with an emotionally-gripping quasi-break up speech, we much prefer the quiet yet effective ninja moves of the phase out.

In turn, guys can avoid being jerks/assholes and spare us the humiliation of another cliche'd "it's not you, it's me" monologue.  Stop returning our text messages or phone calls.  Don't invite us over for a movie and sex wine.  We've read AND seen (unfortunately) He's Just Not That Into You.  We get it.  Now gradually phase us out so we can start phasing someone else in.  (If we haven't already.)
Posted by Single Girl 1.0 at 1:58 AM