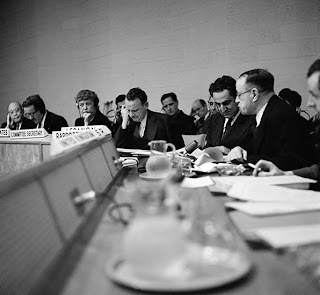 Much to our chagrin, single girls are admittedly insecure at times and, more so often than not, seek validation from our peers.  We have been plagued with making bad decisions concerning guys in the past - putting up with terrible boyfriends or letting go of the good ones. Hence, why we are single.

Doesn't it feel like dating has turned into a "Choose Your Own Adventure" novel for us?  What decisions should we make to end up with the man of our dreams and not sinking in a pit of quicksand?  (My fate always concluded in the dreaded quicksand, hanging over an alligator-infested swamp or worse, marooned in a bar that has run out of alcohol.  That last one was obviously a lie.)
Because having just one confidante and one point of view is never enough, most single girls have compiled an advisory committee of our most trusted friends.  This esteemed group may include: the monogamous girlfriend, the old boyfriend, the jaded single girlfriend, the optimistic single girlfriend and the perpetually single dude friend.
Much like the Supreme Court, the importance of having a panel with such diversity is to enable us to examine a situation carefully with varying opinions and perspectives, and help us make the best comprehensive decision on how to handle such situation.  A situation can range anywhere from completely inane (ie "What does he MEAN when he said 'I'll call you later?'") to serious (ie "Is it time for The Talk?").

The best thing about having an advisory committee is that we not only act as its president, but as its sole ruler and queen.  There is no majority vote, and we have ultimate veto power over the final decision.  So why bother with such a jury?  (I personally have always wondered about this with the actual judicial process.)
Single girls like advisory committees for three reasons:
1) We LOVE over-analyzing EVERYTHING - it's just something we DO, we can't help it.  (He's just not THAT into me?  Or IS he?  Then what DOES he mean by "I'll call you later?")  An advisory committee allows us to over-think, over-examine and really scrutinize the hell out of any scenario that has our metaphorical panties up in a twist.  Making a certain circumstance even more complicated than it should be is our specialty.
2) We LOVE talking about ourselves.  ALL THE TIME.  There are few things more validating for us narcissistic attention-whores than having a group of five to six consultants discussing and focusing entirely on us and our (sad) state of affairs.


3) When our advisory committee steers us astray with an unsavory resolution (aka the wrong decision), we have someone else to blame for the resulting fiasco other than ourselves.  And you know how much single girls HATE being wrong. Unfortunately, even the Supreme Court makes mistakes.

Now if you'll excuse me, I just got into a "fight" with a guy this weekend, and the members of my council are waiting for me to present my case.
Posted by Single Girl 1.0 at 2:41 PM