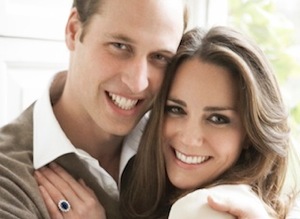 What is it about a Royal Wedding that sets a single girl into a grand ol’ tizzy?
It’s simply princess envy.  As with everything else, we’re blaming the media for our single girl insecurities.  Specifically, the origin of all this princess envy stems from those silly Walt Disney movies.  Cinderella?  We want her shoes.  Snow White?  OF COURSE, we’d like to be “fairest of them all.”  Sleeping Beauty?  Her dress CHANGED COLORS and we’d actually like to take a nap right now.  Ariel?  We're jealous of her, ahem, “sea shells.”  And Jasmine?  Our abs don’t look like that.
Growing up, did we ever want the doctor Barbie?  No, we wanted the Barbie with the big poufy princess-inspired ball gown.  We don’t necessarily need the titles, the 18-carat sapphire, the ridiculous wedding gown, the security detail.  When it comes down to it, every single girl just wants to be treated like a princess.  And we’ll kiss as many frogs as we can if it means we’ll someday find our prince.
Posted by Single Girl 1.0 at 4:26 PM 26 comments: 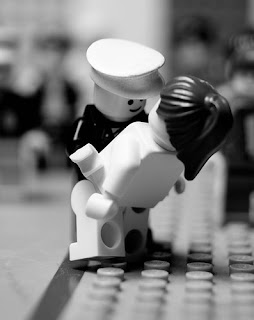 This week, I had the privilege of guest blogging for single dude, LA Idiot.  Read about my thoughts on internet dating and why single girls like a good "how we met" story here.
Posted by Single Girl 1.0 at 12:02 PM 67 comments: 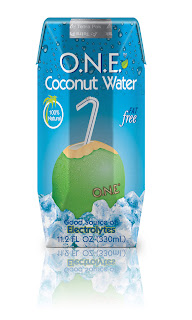 Most people are appalled with my habit of adopting the "elf diet:" Hostess cupcakes for breakfast, peanut M&Ms for lunch and Pop-tarts for dinner.  When I had my over-priced membership to an "athletic club," I devoted more time thinking of reasons NOT to go to the gym than I actually spent AT the gym.

Granted, every single girl has different prerogatives.  Mine happen to include expensive Italian shoes, and not necessarily my physical well-being.  My poor health sometimes doesn't even make it on my list of priorities let alone, and well, left alone at the bottom of one.

Certainly, single girls like to count calories, but with a penchant for fake cooking, take-out meals, eating over the sink or having chips and guacamole for dinner, we tend to overlook the fact that our only serving of fruit for the week was a measly piece of lychee in our martini.

After suffering through the hangover of the century two months ago, I decided to be more concerned about my entire body and not just my liver, which explains my latest obsession with O.N.E. Coconut Water.

According to our friends at O.N.E., coconut water is an "all-natural hangover elixir."  Not only is drinking 11-ounces of coconut water comparable to drinking an entire LITER of water for hydration purposes, coconut water controls vomiting and replaces lost electrolytes from vomiting.  (This is super helpful when even the thought of tequila makes you queasy.)

- O.N.E. Coconut Water is a low calorie, NON-FAT beverage.  (You know how single girls feel about calorie counting.  And fat.)

- O.N.E. Coconut Water has more potassium than a banana.  (Perfect because I never really cared for bananas, and potassium is great for your heart.)

- O.N.E. Coconut Water is an all-natural isotonic beverage and contains a bunch of electrolytes.  (Translation: it increases metabolism.  Actual translation: it helps with [relationship] weight loss.)

- O.N.E. Coconut Water comes in a cute, eco-friendly container that fits nicely in the cup holder in my car. (Great for those mornings when you're hungover and dragging ass.)

With so many benefits of drinking O.N.E. Coconut Water, who knew it would be this easy to adopt a healthier lifestyle - and in a cardboard box to boot?  This single girl is officially a convert, but she's not giving up her cupcakes or Pop-tarts anytime soon.
Posted by Single Girl 1.0 at 7:26 PM 17 comments:

Email ThisBlogThis!Share to TwitterShare to FacebookShare to Pinterest
Labels: sponsored 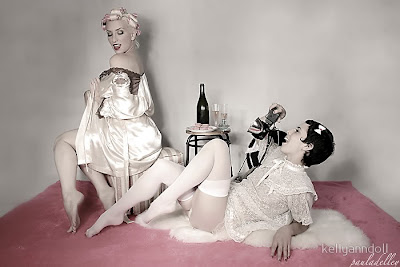